Dublin South Central (DSC) Green Party, on behalf of our supporters, are concerned by the plans to sell part of the lands of Dolphins Barn used by local GAA clubs to raise funds to build a new clubhouse with meeting rooms for the community and improve changing rooms and training facilities for the players. 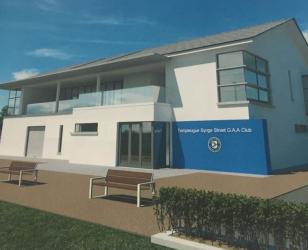 The grounds are owned by Templeogue Synge Street Gaelic Football Club who share the facilities with the Kevins hurling and camogie club and the combined clubs have a total of 44 teams – adult and children, male and female. The TSSGFC have 3 other playing fields closer to Templeogue, while Kevins rely on the Dolphins Barn fields and, while recognising the need for new player gym, changing, toilet & shower facilities, reject the proposal to sell part of the training pitches and loosing other land permanently to building works.

Quoting from an Irish Times article, “according to JJ O’Mahony, chairperson of the facilities group at Kevins GAA, the concern is not any allocation of funding, but simple access to playing space which can never be recovered once sold for property development purposes. “The key issue here is this is the only green area we have, on the edge of the most populated part of Ireland,” says O’Mahony.

DSC suggest funding should come from the central government Sports Capital Grants, DCC and philanthropic sources, without the need to sell part of the grounds. 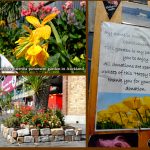 Topics discussed at the DSC meeting included Guerrilla Gardening Day, scheduled on the 1st of May of every year, when guerrilla gardeners plant sunflowers in their neighborhoods, typically in public places perceived to be neglected, such as canal banks, neglected flower beds and roadside verges. Suggestions were for seeds of native plants.

The ending of rights and commons to harvest seaweed along the Atlantic seashore  with the proposed licensing of exclusive seaweed harvesting rights to private companies with majority shareholders outside the State concerned members. The heritage of seaweed harvesting and the way local communities have protected and safeguarded the resource through sustainable harvesting practices over the generations should not be given to private and monopoly companies with ‘slash & burn’ practices. Seaweed has historically been used as a garden manure by farmers but is now used in the health food, animal probiotic, high-value fertiliser, cosmetic and therapy sectors. About 40,000 tonnes of seaweed is harvested in Ireland, more than 95 per cent of it naturally grown.

1) I (Brian Kelly) as PRO of TSSGFC read you comments regarding our facilities with interest. Our statement regarding this development is here. Suggest you read in detail. http://www.tssgfc.com/news-detail/10037600/ To answer two specific issues raised: We will be providing more hours per week of playing facilities with our lighting and Astro etc. NOT less for the community. This is self funding and requires no taxpayer investment into our private property leaving any taxpayer funds that can sourced to be invested in even further public facilities elsewhere which would be a further win for the community .

2) Ger Doyle – We can’t let a valuable inner city amenity be lost for ever, keeping young inner city kids playing sports is worth more than any club house .

This entry was posted in Environment, Green Politics, Uncategorized. Bookmark the permalink.