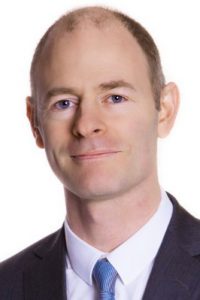 Councillor Smyth, who represents the Dún Laoghaire Ward on DLR County Council, becomes the first ever Green Party Mayor of DLR Co Co.
Speaking following his election, Councillor Smyth said: “It’s a huge honour to be elected Mayor of Dún Laoghaire – Rathdown. Becoming the first Green Party Mayor of the County makes it extra special. I’m extremely grateful for the support I’ve received, and I’m really looking forward to the next year. I hope to meet as many people in our area as possible, and bring a Green perspective to the office of Mayor.
“Housing will be obviously be the key issue in DLR in the year ahead. As a Council, we must strive for better quality social housing, and deliver it in greater numbers. Housing that is affordable to run, warmer and more sustainable – better for our citizens, better for the taxpayer, and better for the environment. There are Green solutions to the serious challenges we face in DLR and in Ireland. My goal this year will be to advocate and highlight these solutions. I want DLR to be Ireland’s greenest county, and to lead by example in tackling the problems Ireland faces in a fair, equitable, and sustainable way.”
Way to go!

Dates for your diary: 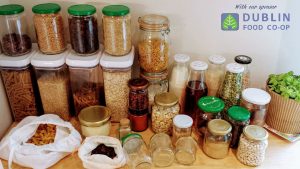 Dolphin’s Barn – Grand Canal Clean Up Volunteers   This organisation is more than picking up rubbish. We go out to show that we care about the canal. We also advocate for changes to the Canal maintenance to DCC and Waterways Ireland. This clean up group cover from Dolphins Barn Bridge to Sallys Bridge. We meet on the 2nd Sunday of every month at 1pm at the Dolphins Barn Bridge across from the bottle banks. Weather Permitting, we may not always be there if the weather is really bad. We provide litter pickers and gloves and we have arranged for DCC to pick up the litter afterwards. We are interested in advocacy to implement changes to the canal maintenance with Waterways Ireland.

Inchicore Environmental Group:  Meeting alternative months in the Village and along the Grand Canal at the Buffin Estate Residents Hall (BERA)

Drimnagh Summer festival will happen in and around Brickfields park on the 7th of July from 1pm to 5pm. Lots of family events planned. Put the date in your diary. A fun day out in our community.

Voting in the Irish Local Elections will be held on 24th May 2019. Ed Davitt and Oisín Ó HAlmhain will be our candidates for the Crumlin-Kimmage (including South-West Inner-City) and Ballyfermot-Drimnagh wards respectively.

This entry was posted in Environment, Events, Green Politics. Bookmark the permalink.