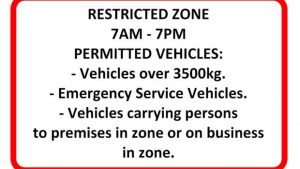 DSC Green Party broadly welcomes the report on future plans for Dublin Bus, pedestrians and cycle routes called the Dublin Core Bus Corridor project. However at times this reads like another report in 50 years of reports by the “more-roads lobby” suggesting the removal of some “pinch-points” by directing other traffic onto other roads, new roads, residential “ratruns” or by road-widening. Cheap short-term solutions like restricting the access of private cars to certain areas at certain times, (as is happening in cities across the world) and longer term solutions in building  ‘cut & cover’ comuter rail and increasing population density in the city making personal ownership of cars unnecessary and encouraging walking, cycling and car-sharing and taxis are not covered.  What % of car-drivers commute from outside Dublin Bus catchment areas? Will Dublin Bus provide free, secure parking beside bus termini? A silo report for a city of silo reports!

Routes affected within the constituency and problems highlighted are:

7 – Liffey Vally via Ballyfermot, Inchicore, Kilmainham, The Liberties – As Ballyfermot Road between Le Fanu Road and Kylemore Road is too narrow, one option would be to divert inbound traffic via Le Fanu Road and Kylemore Road. Mount Brown and Old Kilmainham Road are too narrow for both bus lanes and general traffic lanes. Mount Brown would therefore be restricted to public transport, cyclists and local access. Through traffic would have to be diverted via the Liffey quays or South Circular Road.

8 – Clondalkin to Drimnagh – Bus lanes could be accommodated at the M50 underpass by routing cyclists on to the Grand Canal greenway.

9 – Greenhills to city centre – New link roads would be built to divert all traffic via Calmount Avenue and Calmount Road while maintaining access to the old section of Greenhills Road.

11 – Tallaght to Terenure – Templeogue Road would become one-way outbound for general traffic while permitting taxis, buses and bicycles to travel in both directions. Inbound general traffic would divert via Cypress Grove Road or via Springfield Road to Rathfarnham Road.

Have your say at the public consultation in September / October this year. Or speak to Ed or Oisin.

This entry was posted in Environment, Green Politics. Bookmark the permalink.