The Grand Canal Cleanup group, which has been meeting on the Second Sunday of every month at Dolphin’s Barn Bridge since April 2010, has received a certificate of merit from Dublin City Council at the South Central Area City Neighbourhood Awards 2011. 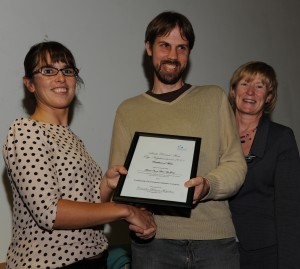 The award is recognition for the group who have been picking up litter from the Canal towpath between Dolphin’s Barn Bridge and Sally’s Bridge every month since April last year.  They have worked closely with the Waste Management Services of Dublin City Council, who nominated them for the competition.  We also work with Waterways Ireland.

You can follow the group on facebook here,  or join us on the Second Sunday of every month at 1pm at Dolphin’s Barn Bridge (google map here)

As well as organising the monthly cleanup, the group hopes to be a focus for the future development of this part of the canal as an amenity which can develop biodiversity in line with the City Council and Waterways Ireland plans.  The group can be contacted at GrandCanalCleanup (at) gmail.com